The Division Beta Impressions and Feedback 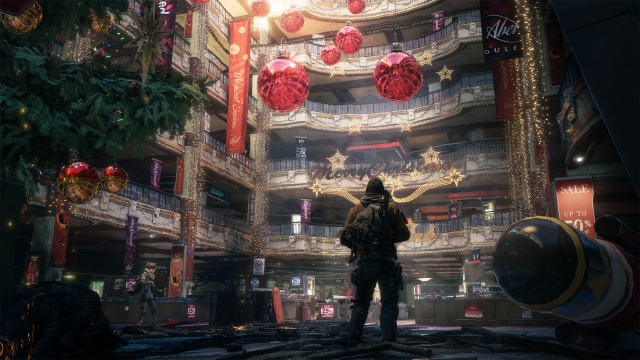 Agent, you’ve been activated. It is time to take back New York City. After breaking radio silence on their upcoming openworld shooter RPG “The Division”, Ubisoft invited fans who had pre-ordered the game to participate in closed beta this weekend. Beta for Xbox One began one day ahead of PC and Playstation, which will run through Sunday evening. My wife and I sat down to run through it today and had a really good time of it. What follows are some of our observations, feedback and most of all; praise.

Update: Although video capture sharing is disabled for the Xbox One version of the beta, I had an opportunity to try it on PC. Here is a link to some footage: The Division PC Beta – 1080p Ultra

The new player briefing and developer commentary was specially prepared for this beta audience. It explained, accurately, that there would be bugs and more specifically what kind of bugs to expect. It also provided guidelines as to what content was not included in beta, and finally a quick guide to surviving. The result was something that seemed fully built – most of the missing features were visible but labelled as not included.

Although most of the city is “squad only” multiplayer in terms of encountering other players, your friends who are playing are also shown on the map with an option to join them even if they are not currently in your squad. Furthermore, the quest hub areas and competitive PVP/PVE “Dark Zone” are dynamically filled with other players without any interaction from the player, and except for the pause when you join a squad, there are no loading screens going between these two types of game areas at all. Included is a matchmaking service, conveniently also located at the quest hubs.

The two enemy factions we encountered in the beta included looters and the flame-thrower wielding “cleaners”. Promotional footage suggests at least two more major factions that are not featured in the beta. Each of the factions bring their own twist to an encounter depending on which “class” or type of that enemy are present, and if any of them are elite or named opponents with special abilities or weapons. For example, most groups of looters will have at least one melee equipped “charger”, and frequently another that is equipped with tear gas or another type of grenade. Most of the enemies that have a weapon that should be fired from cover will use cover and line of sight to their advantage (but not always). Contrast this with a chance encounter with the cleaners, where threat of sudden fiery death from their flame thrower equipped heavies requires different tactics than a shootout with lightly armored looters. From go, I found this creates a believable and engaging atmosphere.

Despite beta being fenced into just one portion of the total play area, I was immediately struck by the sheer size of the environment. This is one thing really not evident in the pre-beta footage until you see it for yourself – moving around down town New York conveys an intense sense of scale and catastrophe, better than probably any other shooter I have ever played. Exploration opportunities abound, whether you choose to jog directly to your active mission marker or sweep carefully street by street, there are countless details, alleys, underground entrances and rooftop access that make the map seem even larger.

The Division is first and foremost an RPG in a cover-based 3rd person shooter’s clothing. All of the players skills are designed to compliment small team tactics against a variety of challenging situations. Advancement, talents, gear customization and specialization further allow the player to tailor their agent to their preferred role in a team, or survival as a lone gun. There are no classes, so one agent can technically fill any role on the fly just by changing their active skill selections and gear.

One caveat and constructive feedback I find in The Divisions’ RPG roots is the dramatic health scaling of difficult AI opponents, although this is a common trait to most RPG Shooters like Borderlands or Fallout. Many elite or boss opponents are tough because of the sheer amount of armor and hit points assigned to them – you’ll empty magazine after magazine into headshots against them unless you are quite over-geared for the encounter. If this has ever bugged you in another game, it’s going to bug you here. I didn’t find it to take anything away from the game or sense of difficulty, and may even make the game more accessible to fans who enjoy that pace over headshot-galleries like Call of Duty and Battlefield. Your milage may vary.

Saving the best for last – we loved the Dark Zone. Ubisoft has a smoking hot recipe for a rich multiplayer challenge on their hands with how well cooperative PvE challenge and PvP mayhem blend in the Dark Zone. Every aspect of the game leads to it, and the best loot and toughest AI (and living) opponents are found there. You’re welcome to journey in alone but most of the encounters encourage or require cooperation, and the inevitable shootout between player squads ups the fun factor substantially. I found most players were helpful, specially given how frequently they may need to be revived while exploring PvE challenges or just trying to escape. Some seemed to be trying their boundaries with attacking vulnerable players, but the “rogue agent” flagging system tends to get the inexperienced griefer quickly executed. On the other hand, organized teams of rogue agents are a force to be reckoned with. Once they reach “rogue status five” for repeat aggression all nearby players get a bounty mission to kill them; they get a corresponding mission to survive for a set amount of time. The death penalty corresponds to how much “dark zone loot” and currency you’d managed to collect in that trip – you lose a portion of it when you die – and I felt it was “just right” to not feel overly punished for getting killed while still feeling the sting when you get iced right before an extract with a full pack. It’s bold and highly satisfying.

I am very encouraged by what I’ve seen so far, and look forward to the full release in March. See you in New York!

This site uses Akismet to reduce spam. Learn how your comment data is processed.